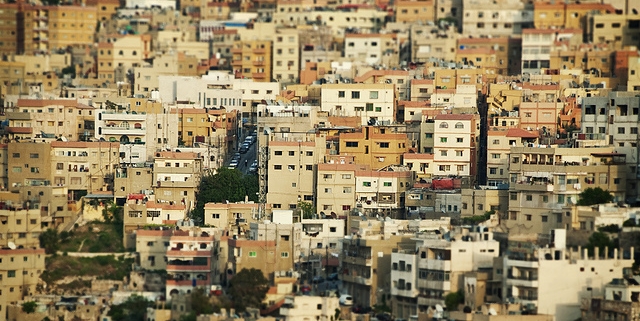 The world has been undergoing the largest wave of urbanisation in history with cities currently being home to half of the world’s population with this number is expected to reach 30 billion by 2030. The challenges associated with rapid urbanisation will only be accelerated and intensified by the threats of climate change. Sea level rise threatens coastal cities with an increased incidence of floods and increased coastal erosion. Saltwater intrusion in coastal areas and droughts in coastal and non-coastal areas can disrupt water supplies. Increased extreme weather events such as storms, cyclones, and hurricanes will lead to disruption in city economies, damage to infrastructure and properties and loss of life. Additionally, increased temperatures groundwater depletion, droughts, and degraded air quality and are magnified by the urban heat island effect (where the building up of areas in cities increases temperatures) which leads not only to discomfort and serious health conditions for vulnerable groups such as children and the elderly.

While cities with their large concentration of people, infrastructure, and industry are likely to be exposed to greater climate hazards and risks, they also have a strong potential and role in climate change adaptation and mitigation. Cities worldwide are major Greenhouse Gas (GHG) Emitters. The United Nations Environmental Programme claiming that the buildings sector is the largest contributor to global GHG emissions with an estimated one-third of all global energy end-use taking place within buildings. Additionally, the manipulation of the environmental land surfaces and disruption of natural processes associated with urbanisation, (for example the reclamation of wetlands for residential and commercial use or covering up the ground with hard surfaces such as roads, roofs, and pavements) can increase the likelihood of natural disasters such as flooding. Consequently, urban and city planning is increasingly important in climate change mitigation and adaptation.

Africa is urbanising rapidly where the urban population is expected to rise from 33 million in 1950 to 744 million in 2030 and over 1.2 billion in 2050. However, it is important to ask whether this urbanisation is sustainable. A recent report from UK-based Verisk Maplecroft found 84 of the world’s 100 fastest-growing cities are at “extreme risk” from climate change and that 79 of those are in Africa. Between 2000-2008, Africa accounted for over 20% of all the weather and climate-related disasters that occurred globally. However, Africa faces an additional challenge which lies in the fact that a majority of the urbanisation takes place in informal settlements. In some East, Central and West African cities informal settlement reach proportions as high as 60-80%. These informal settlements are mostly made up of low-quality housing with lacking infrastructure and services and often located in high-risk locations susceptible to floods or landslides and other hazards. This essentially makes their populations even more vulnerable to climate change impacts. An example is Kampala, Uganda where, due to fast urbanisation, 50% of the population live in informal settlements with poor sanitary conditions, and lacking infrastructure and services. As the capacity of the land to absorb rainwater has diminished due to construction roadways, and improper collection of trash, stormwater runoff has increased by six times than that which would occur in a natural environment. This has led to excessive flooding on multiple occasions causing deaths and economic losses. Climate change will only exacerbate this. The danger of climate change not only comes from its direct impacts which are mostly damages to physical infrastructure and some cases loss of life, but it also has indirect impacts such as increasing poverty and diseases.

Role of urban and city planning in mitigation and adaptation

Fundamentally good urban planning principles are also climate sensitive planning principles as the roles and responsibilities of urban planners include minimizing risks, improving infrastructure, protecting ecosystems and promoting local economic development. Any urban development initiative can be viewed from the lens of urban mitigation or adaptation. However, the real challenge is ensuring that urban and city planners consider the impacts of climate change in their plans, strategies, and initiatives.  Planners have many tools at their disposal to steer adaptation and mitigation efforts. Those include:

Despite the huge effects climate change can have, it is often not integrated with urban policies and strategies. These pose a number of challenges. Importantly, constrained funding makes it difficult for city officials to justify building more costly but resilient infrastructure for the future (especially when the need for such resilience measures will only become evident in the long run). Some argue that there are other priorities. Securing the political will and getting a political commitment to mainstreaming climate concerns into plans, infrastructure investments and land-use management is often difficult and requires a lot of advocacy from civil society organisations. Perhaps the most crucial aspect to accelerate urban climate action is to get city governments to understand that climate change impacts are not just environmental concerns but they are rather development pillars which play a central role in economic performance and poverty reduction and alleviation.