The looming impacts of eco-friendly vehicles in Africa

Countries across the world; especially developed nations are making efforts to reduce the impacts of climate change.  The adoption of green vehicle is one of the remarkable solutions to an eco-friendly world. But as laudable as the development could be, the technology posts dire challenges in Africa.

As part of measures to battle global warming, developed countries are moving from petrol and diesel vehicles. France, U.K., U.S., India, Norway and others already restricted the new sales of petrol and diesel cars, while Chile recently turned to green vehicles for mass transportation.

A report by Bloomberg New Energy Finance (BNEF) says the world is on the verge of an electrifying change that would have a cascading effect on the entire global energy industry. It adds that within as few as eight years, electric cars in Europe and North America would be cheaper to buy and run than traditional vehicles, which are powered by internal combustion engines.

Increasing the use of electric vehicles (EVs) has been suggested as a possible method to decrease fuel consumption and greenhouse gas (GHG) emissions in an effort to mitigate the causes of climate change.

But little has been said on the end-of-life of products that are being phased out in developed communities. Where are the products going to end up?

Most analysts have expressed concern that the continent of Africa, with the current burden of pollution could be turned into a dumping ground for petrol and diesel engines that are now being phased out.

With about half a million used cars imported to Nigeria alone yearly, Africa has become the continent, where condemned vehicles go to die.  Most of the vehicles are from US, Japan, France and brands such as Toyota are now commonplace on the countries’ roads.

By implication, as the developed communities become cleaner, the surge in climate change challenges and its health problems becomes more urgent in Africa.

While vehicle emissions, considered as a major source of urban air pollution are dropping across the world, recent Particulate Matter (PM10) measurement (https://guardian.ng/news/who-ranks-onitsha-as-worlds-most-polluted-city/) conducted by the World Health Organization (WHO) to determine air quality across the world, ranked cities in Africa as world’s worst.

Indeed, according to a new research, air pollution is responsible for most of the premature deaths on the continent.

Reportedly, in 2015, lower respiratory infections like pneumonia and bronchitis replaced AIDS as the leading cause of death in Africa, being responsible for cutting short roughly one million African lives.

In fact, energy analysts at the Grantham Institute of Climate Change and the Environment at Imperial College London and Carbon Tracker think tank corroborated the claim and in a way warned countries like Nigeria of the danger in over dependence on this technology.

While it is necessary for the global community to create an end of life policy that discourage dumping of old technologies in Africa, the continent of Africa is urgently in need of necessary legislation and encouragement to have green vehicle across its cities.

Director, Nissan Nigeria Regional Project, Sorin Profir, who had cited ongoing green vehicles revolution in South Africa, said: “If you want green vehicles, first you must get rid of used cars and create the legislation that will encourage people to buy green vehicles.

A director at Lagos-based Carbon Exchange Trade, Innocent Azih, told this writer that estimated 11.5 million vehicles, which currently ply roads in Nigeria, according to the National Bureau of Statistics (NBS), put the country’s environment and the health of the populace at risk.

Azih raised concern over the influx of second hand vehicles, noting that unless government acts fast, the country would be a trash bin for hazardous technology.

On what could be done to avert the situation, Azih said: “We need a holistic instrument in the form of regulation that enables investors and the private sector to drive green revolution and enforce carbon emission reduction.”

It is important for most African countries, which had pledged at the United Nations General Assembly in New York, to support a green revolution by taking climate action for sustainable development to avert the looming dangers in the automotive sector.

Similarly, there is need for regional or global agreements to govern the flow of used vehicles to tame the imminent dangers in the development. 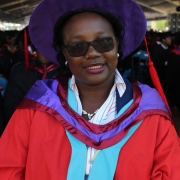 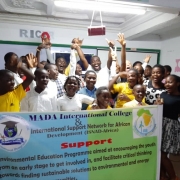 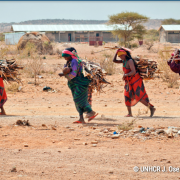 Cleaner cooking and its role in Africa's future
0 replies

Tweets by @isnad_africa
Transportation and Mobility Behavior and Trends: Africa’s Road to a Sustainable...

The Agenda 2030 and its sustainable development goals for People, Planet and...
Scroll to top
Translate »