It is common knowledge that Africa is one of the lowest contributors to global emissions, putting out a total of 3.8% of all greenhouse gases. The transportation sector has been recognized as one of the major contributors, and various attempts have been made to curb the sector’s role in climate change. This will continue as more people move to cities, and the urbanization of Africa has been projected to increase to 75% by 2050. With more vehicles on the road and a consequent increase in fossil fuel emissions and air pollution, this is particularly problematic for Africa which remains one of the most vulnerable regions to climate change impacts. When it comes to sustainable transportation and mobility three factors really matter – technology, infrastructure, and human behavior. 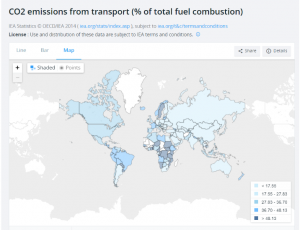 Transportation and climate change – why this matters

Sustainable transportation will require vehicles to run on clean fuel and emit less carbon. African governments at the local and national level have an opportunity to leapfrog where transit systems are still relatively underdeveloped, to ensure there is climate-friendly infrastructure in place. While many of the necessary changes are tied to physical infrastructure which require capital from both the public and private sector, a lot of it is also connected to human decision-making around mobility. The psychology around pro-environmental behavior in Africa is an area that requires more research in the search for climate change solutions.

In 2012, the World Health Organization (WHO) estimated there were 176,000 deaths per year in Africa due to air pollution. Fewer and more fuel efficient vehicles would reduce the pollution that contributes to the public health challenges both in urban and rural communities. This is especially true for some of the most densely populated cities across the continent. Local governments and research institutions can improve on air pollution monitoring and set air quality standards to better address this problem. The cost of air pollution is high, up to 2.7% of the GDP, so economic motivations can be used to spur action.

What can facilitate green behavior and trends around mobility?

Carpooling and the Rideshare Economy 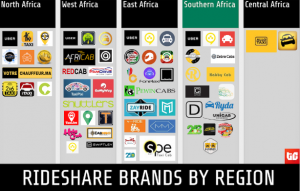 [Photo: State of ridesharing in Africa according to TechCabal]

Ride-sharing apps and services such as Uber and Lyft have continued to gain dominance in the mobility sector in the developed economies. The concept of rideshare is not new in Africa, and in fact, the founder of Lyft came up with his concept during a trip to Zimbabwe. Many people already have a familial driver on speed dial. ‘Carpooling’ is also another widely exercised mode of transportation, with people going as far as hitching rides with trucks carrying products in the early hours of the morning. These mobility behaviors just never had mobile apps that could be monetized until recently. uGoMyWay in Cape Town is an example of a successful carpooling service that could be replicated. Mondo, a ride-sharing company based in Nairobi added motorcycle taxis such as the ‘boda-boda’ and ‘tuk-tuk’.

Another critical part of the green transportation movement in Africa is public transit. If efficient, it can provide a bridge between those who live on the outskirts of the city, and central business districts. Buses, trains, and commuter omnibuses are among the most common modes that can be made more sustainable. Larger fleets can transport more people, which means fewer vehicles on the road and less emissions. More energy efficient fleets, cause less damage to the environment. Sustainable public transportation should be at the crux of any smart city initiatives.

Development of the electric vehicles market

The increased use of hybrid and electric vehicles (EVs) would not only reduce emissions but help address the burden of fuel prices. One of the biggest challenges to the development of electric vehicles in Africa is energy security. This is closely followed by the need for capital, infrastructure, manufacturing capacity, and the price of electricity. Without a reliable energy source – preferably a clean source – the electricity required to charge electric vehicles would not be constant enough. Kenya, South Africa, North Africa, Nigeria, and Egypt, have however, been cited as countries with the highest potential for EVs to flourish. 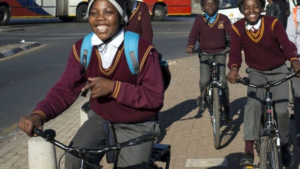 In the wake of the recent fuel crisis in Zimbabwe, the Minister of Media, Information, and Broadcasting advised citizens to cancel unnecessary trips, avoid fuel-guzzling vehicles, cut down on fleets, and invest in bicycles. This was not received well and was part of the backlash to the increase in fuel costs. Perhaps if it was presented in a more positive context, the proposition about bicycles would have been received better. Biking is an emission-free mode of transport with multiple benefits. Cities such as Copenhagen or Cape Town are a great example of how much it can be integrated into the culture as a strategy for behavior change. Bicycles would also be a cheaper investment for governments, who can work with private sector sponsors and development institutions. Since many built roads were not made to accommodate cyclists, this is something important to consider for new infrastructure.

Fewer vehicles on the road would call into question some public spaces such as parking lots. These could be utilized for alternative means. For example, urban gardens can help provide fresh vegetables for the hungry. Another use could be placing solar panels on the rooftops of the lots. A perfect example of this is at a mall in Kenya that uses solar energy by day from is 3,500 panels, producing 915 kilowatts and switching to the grid at night. 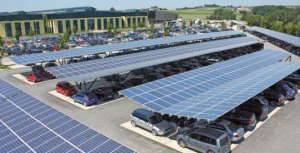 The future of transportation and mobility in Africa is packed with opportunity for innovators, entrepreneurs, and municipalities Behaviors such as increased biking could help curb emissions and protect the environment. However, more research and capital resources will need to be pooled to make it sustainable. 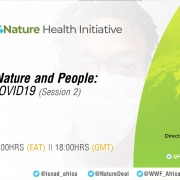 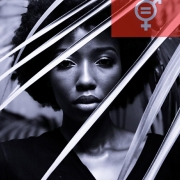 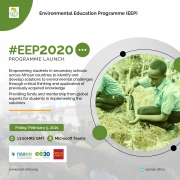 Tweets by @isnad_africa
How is Africa doing in achieving the UN Sustainable Development Goal #7?