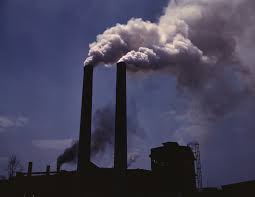 The third law of motion by Sir Isaac Newton says “For every action there is an equal and opposite reaction.” However true this law might be, it makes for sad reading when applied in the context of man’s activities in the environment. What the globe is experiencing today stems from man’s past activities on the environment that did not put into consideration the consequences that might follow.

The effects of climate change, which are slowly taking their toll in many different parts of the globe today, are because of man being a bad steward of the environment. Man’s actions such as deforestation, charcoal burning and removing vegetation from the environment has brought this impasse before the world, which was once a safe haven years ago.

Natural disasters are now more prominent than ever because the effects of not having balanced atmospheric conditions have led to rising sea levels, which result in storms, floods and cyclones, erratic rains, which result in partial or full droughts. The floods and storms that from time to time beseech the world today were preventable if the warning of the climatic experts was heed. As things stand, a year hardly goes by without experiencing a natural disaster attributed to the effects of change in climatic conditions. Poor environmental management can be termed as a dormant volcano waiting to erupt at any moment.

One of the most critical topics on the management of the environment is that of deforestation for charcoal burning purposes. These processes unwanted gases which produce gases that help the weakening of the earthly shield from the dangerous rays from the sun. The more trees are cut, the more the earth loses its ability to stop the rise in earth temperatures. When the trees are cut, the earth loses its shield from direct sunlight making it easy for the sun rays to penetrate and hit the ground causing a rise in earthly temperatures. This has weakened the ability of the Ozone layer to shield the earth from the high sun rays. The ozone layer is an important part of the atmosphere. This layer helps protect life on Earth from harmful radiation given off by the Sun.

The ozone layer or ozone shield is a region of Earth‘s stratosphere that absorbs most of the Sun‘s ultraviolet radiation. It contains a high concentration of ozone (O3) in relation to other parts of the atmosphere, although still small in relation to other gases in the stratosphere. The ozone layer contains less than 10 parts per million of ozone, while the average ozone concentration in Earth’s atmosphere as a whole is about 0.3 parts per million. The ozone layer is mainly found in the lower portion of the stratosphere, from approximately 15 to 35 kilometers (9.3 to 21.7 mi) above Earth, although its thickness varies seasonally and geographically.

The natural disasters that have beseeched man and the world at large has made man come to the realisation that action needs to be taken to start the healing of the Ozone layer. The adverse effects of the changing climate are a sad reality right before our eyes. For example, industrialization is credited for the massive developments the world has seen over the years.

Since the beginning of the Industrial Revolution in the mid-1700s, however, human activities have added more and more of these gases into the atmosphere. The levels of carbon dioxide, a powerful greenhouse gas, have risen by 35 percent since 1750, largely from the burning of fossil fuels such as coal, oil, and natural gas. With more greenhouse gases in the mix, the atmosphere acts like a thickening blanket and traps more heat. This has led to rising temperatures world over. More actions have been taken to protect the earth by focusing on the protection of the ozone layer. The Montreal Protocol on Substances that Deplete the Ozone Layer, also known simply as the Montreal Protocol, is an international treaty designed to protect the ozone layer by phasing out the production of numerous substances that are responsible for ozone depletion.

The ozone layer can be depleted by free radical catalysts, including nitric oxide , nitrous oxide , hydroxyl , atomic chlorine and atomic bromine . While there are natural sources for all of these species, the concentrations of chlorine and bromine increased markedly in recent decades because of the release of large quantities of    man-made organohalogen compounds, especially chlorofluorocarbons and bromofluorocarbons.

These highly stable compounds are capable of surviving the rise to the stratosphere, where chlorofluorocarbons (CI) and bromofluorocarbons (Br)  radicals are liberated by the action of ultraviolet light. Each radical is then free to initiate and catalyze a chain reaction capable of breaking down over 100,000 ozone molecules

Signed 16 September 1987, it was made pursuant to the 1985 Vienna Convention for the Protection of the Ozone Layer, which established the framework for international cooperation in addressing ozone depletion.The Montreal Protocol entered into force on 1 January 1989, and has since undergone nine revisions, in 1990 (London), 1991 (Nairobi), 1992 (Copenhagen), 1993 (Bangkok), 1995 (Vienna), 1997 (Montreal), 1998 (Australia), 1999 (Beijing) and 2016 (Kigali). The concern of the world over the years has been to set the recovery of the Ozone layer through the constant revision of the Montreal Protocol.

The theme for 2020 is ’32 Years and Healing: “celebrating over three decades of remarkable international cooperation to protect the ozone layer and the climate under the Montreal Protocol.” This needs the continued efforts of everyone. Therefore, the United Nations saw it fit to reserve a day for people from all walks of life to celebrate the Ozone layer Day to raise awareness of the critical duty we have of helping in the healing of the Ozone Layer. The world is currently in the intensive care unit of the climate crisis but constant and careful implementation of the Montreal Protocol needs to take more precedence and the full recovery is even more feasible.

Tweets by @isnad_africa
Air Pollution: Remains A Silent Killer in This Age