Fruitful Vines College is a school where positive change agents are raised, located in Oyo State, Nigeria. The Project Team is made up of ten students (five boys and five girls), one coordinating teacher and two supporting teachers. The students were selected based on their individual abilities which are relevant to the core missions of ISNAD-Africa and the goals of the project. Three students have natural problem-solving skills, two are talented in designs and drawings, one student has strong public speaking skill, one of the students is good with numbers, while others have passion for agriculture (among other skills).

The choice of project was motivated by insufficient, erratic supply and total lack of rainfall experienced in the drier months of the year which makes it impossible for farmers to cultivate crops and in turn causes food scarcity. Having identified this challenged, we realized that the use of irrigation facilities can prevent the shock of absence of rainfall on the crops.

In achieving the foregoing, we decided to repurpose plastic wastes (PET bottles) which has been a menace in our community, to develop the irrigation channel and storage facility. 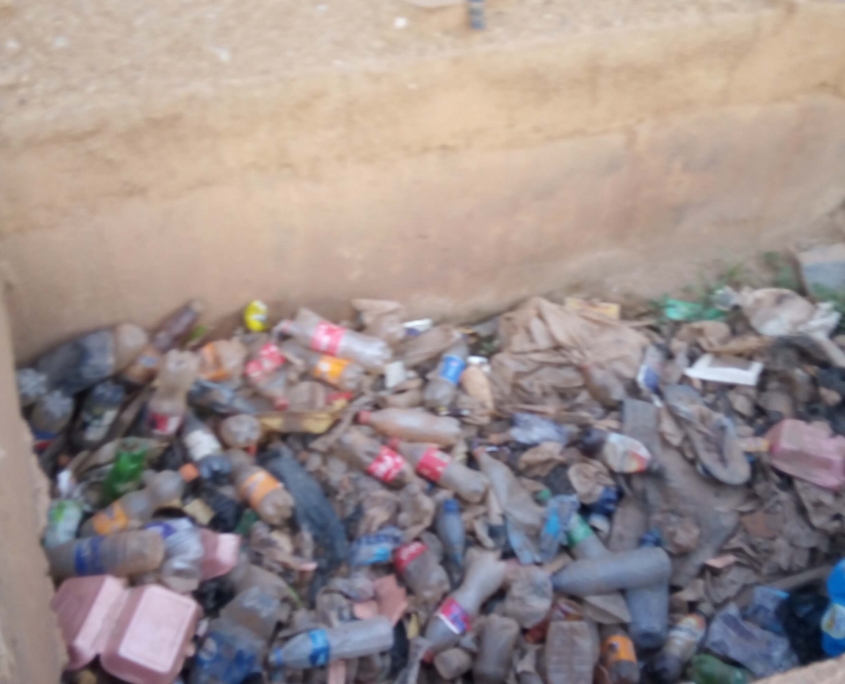 We kickstarted the implementation of our project with the following: 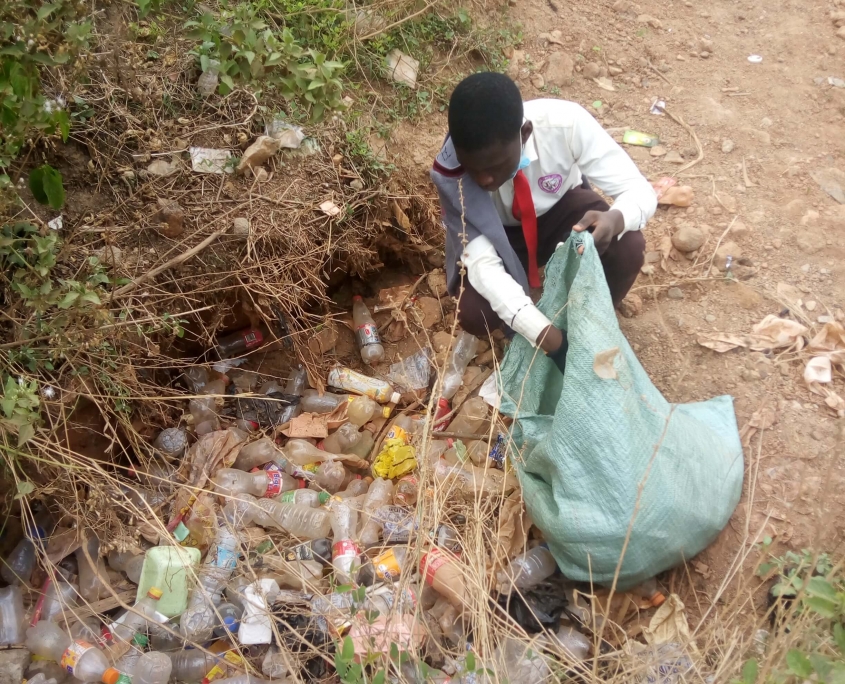 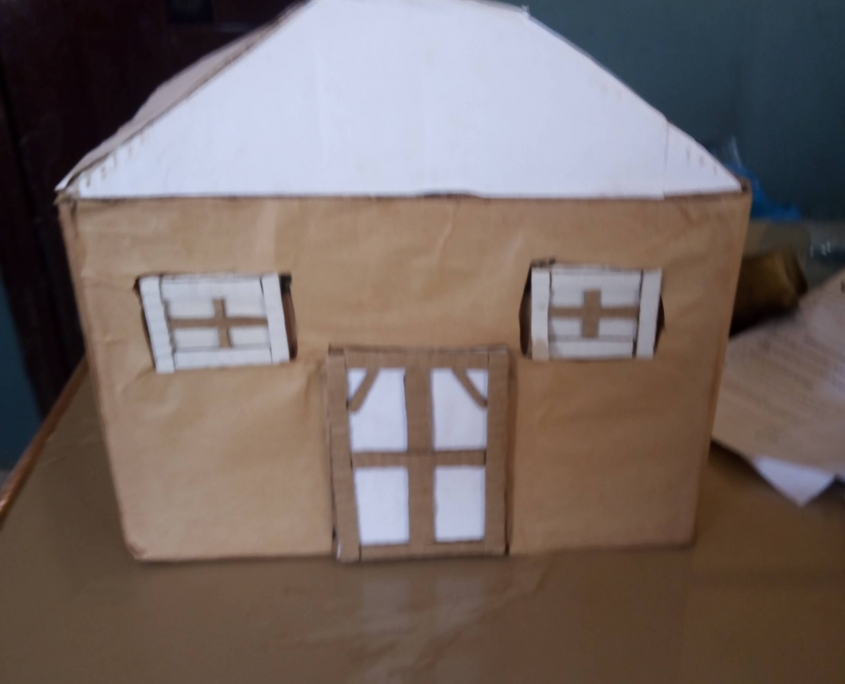 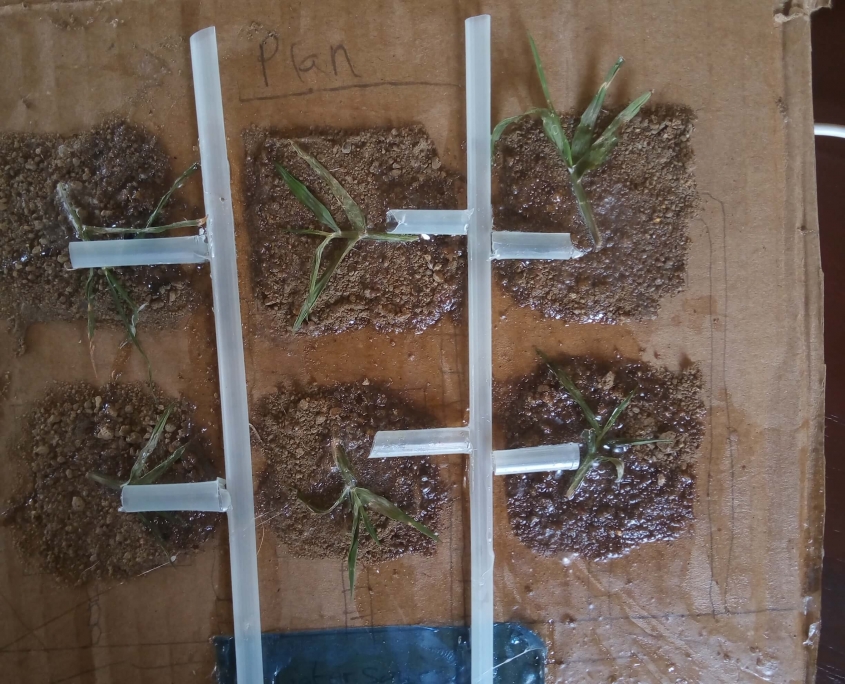 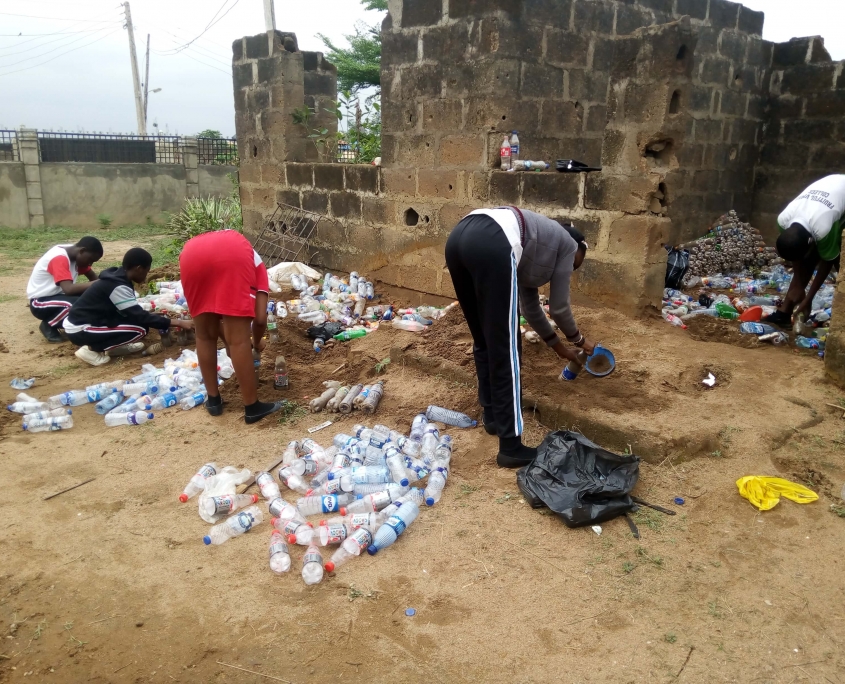 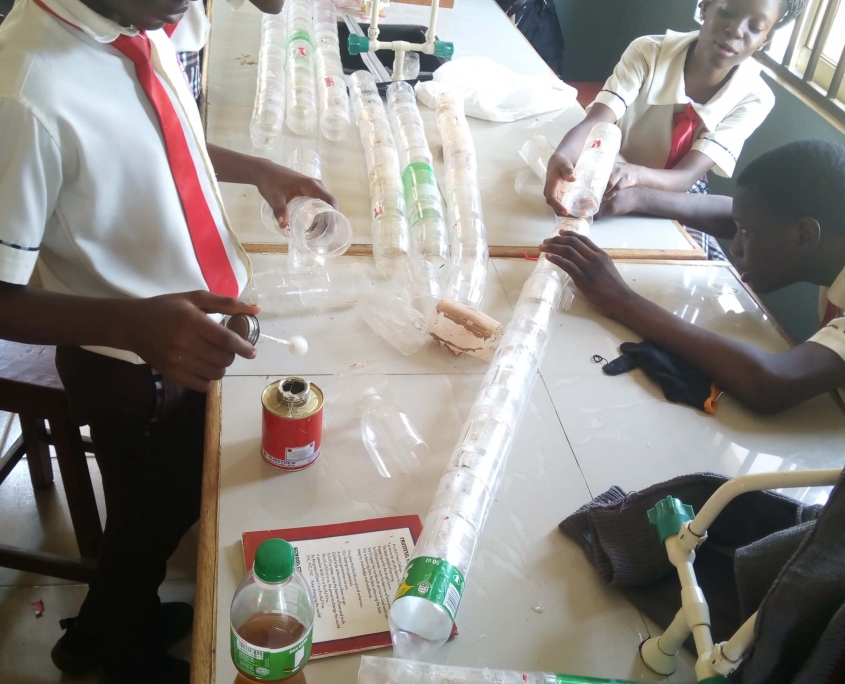 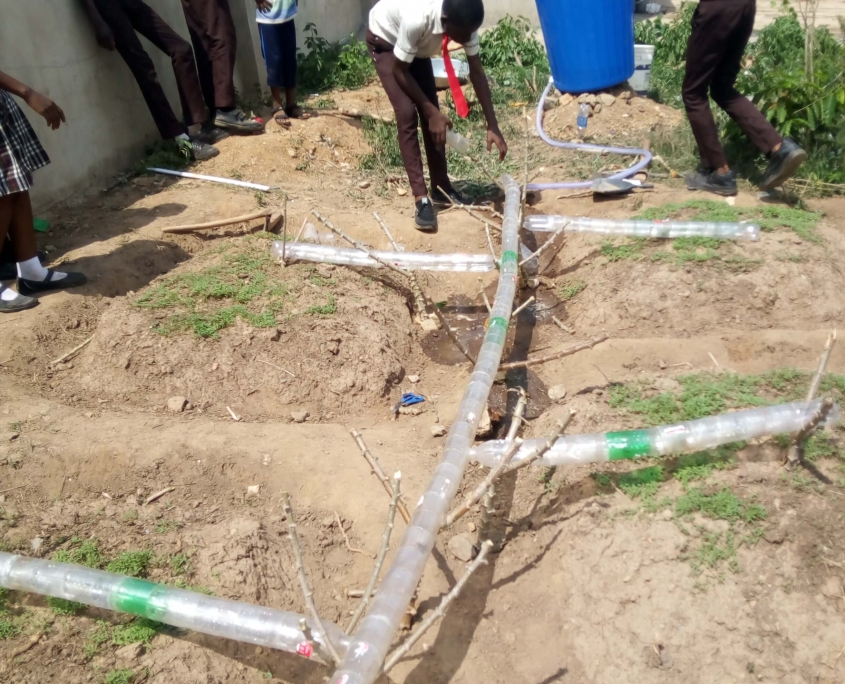 In the coming weeks, we would make necessary amendments on the irrigation channel and begin construction of the storage system.

We will like to acknowledge that engagements with our project Advisor, Maureen Ferry have been really helpful. She is always ready to help and boost the team’s morale. She encouraged the team to have and stick to already made schedule, while also giving ideas on how to make the barn suitable for storage of agricultural produce, as well as aesthetics in nature. She advised and suggested that the team solves the challenges faced while on the first half of project execution. The attention she gives and her desire to see the project moving progressively is worthy of appreciation.

Links to our social media posts