Fruitful Vines College Team is made up of ten students (five boys and five girls), one coordinating teacher and two supporting teachers. Fruitful Vines College, a school where positive change agents are raised is located in Elewuro, off Akobo Ojuirin – Olorunda road, Akobo, Ibadan, Oyo state.  The students were selected based on their individual abilities that are relevant to the core missions of ISNAD. Three students have natural problem-solving skills, two are talented in designs and drawings, one student has strong speaking skill, one of the student is good with numbers, while others have passion for agriculture (among other skills).

Motivation for this project:

This work was driven by the following:

Engagements with the advisor, Ms Maureen, have been really helpful. She is always ready to help and boost the team’s morale. She encouraged the team to have and stick to already made schedule, while also giving the team ideas on how to make the barn suitable for storage of agricultural produce, as well as aesthetics in nature. She gave the team advice and suggestions to solve the challenges faced while on the first half of project execution. The attention she gives and her desire to see the project moving progressively is worth of appreciation

Amendment of the irrigation system and construction of the storage system will start afterwards;

Since bottles are already filled with sand, the team will only need to

Sand – filled PET bottles – made buildings have been confirmed to have lower temperature and humidity when compared with buildings made with conventional sandcrete – bricks (this is because the  PET bottles have high insulating capacity, hence, they transfer less heat). This give the PET bottle building more advantage as the cost of lowering the temperature inside the sand-filled PET bottles buildings is lower; this makes the building suitable for storing tuber crops for a long time and perishable agricultural produce for a short time.

Ventilation, low temperature and humidity are conditions necessary to elongate the lifespan of tuberous crops; all these were ensured in the construction of the storage building. 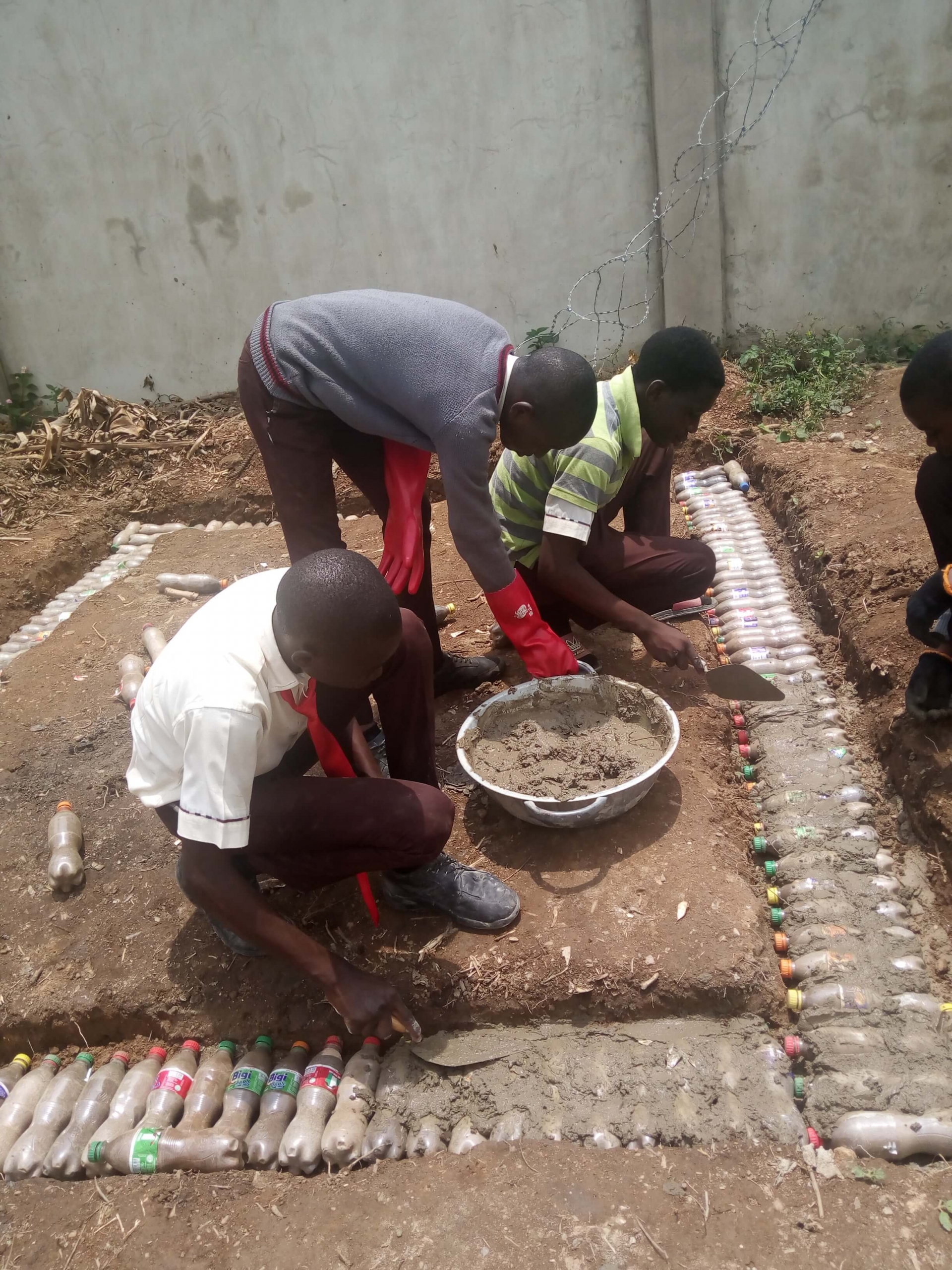 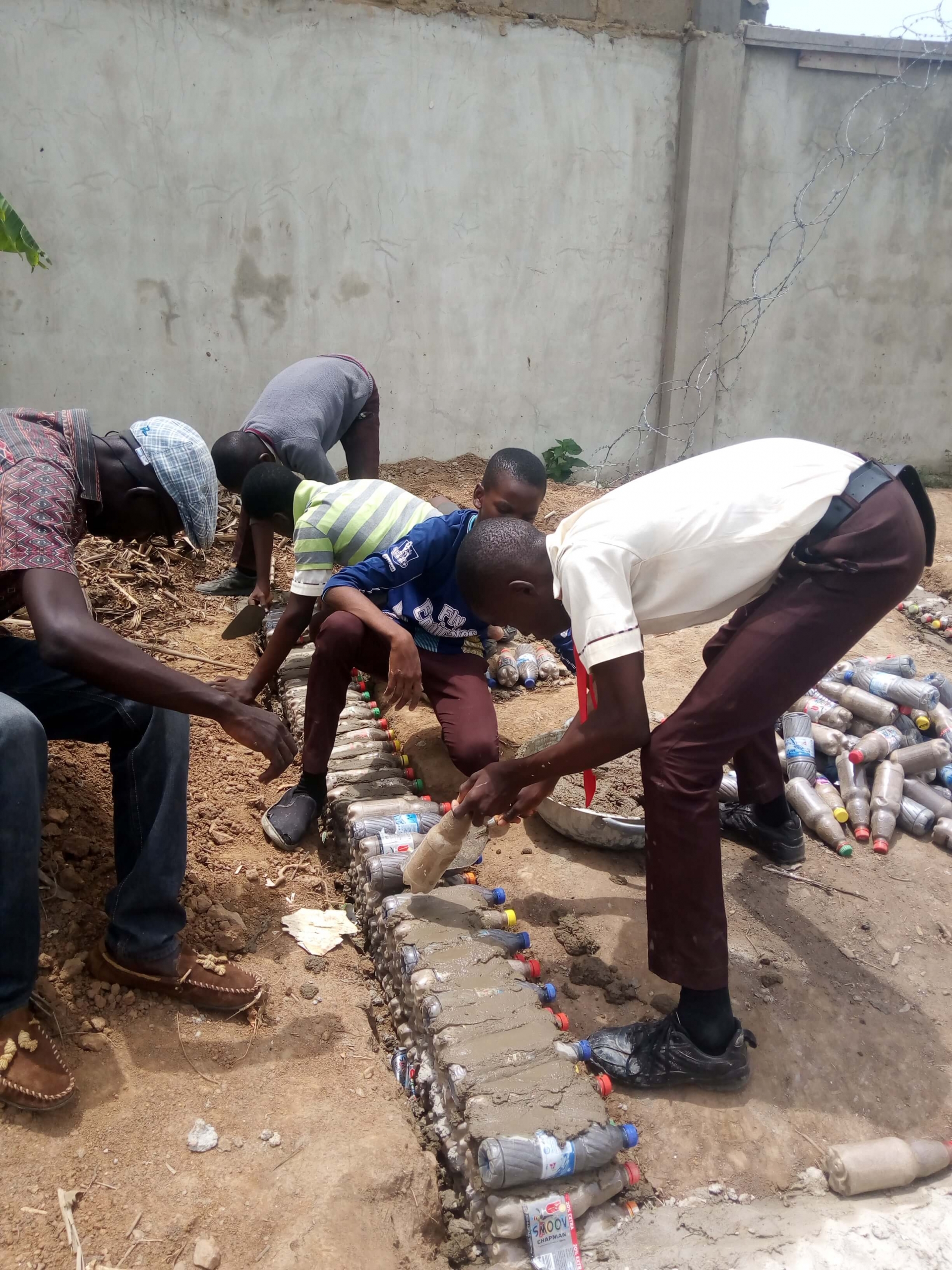 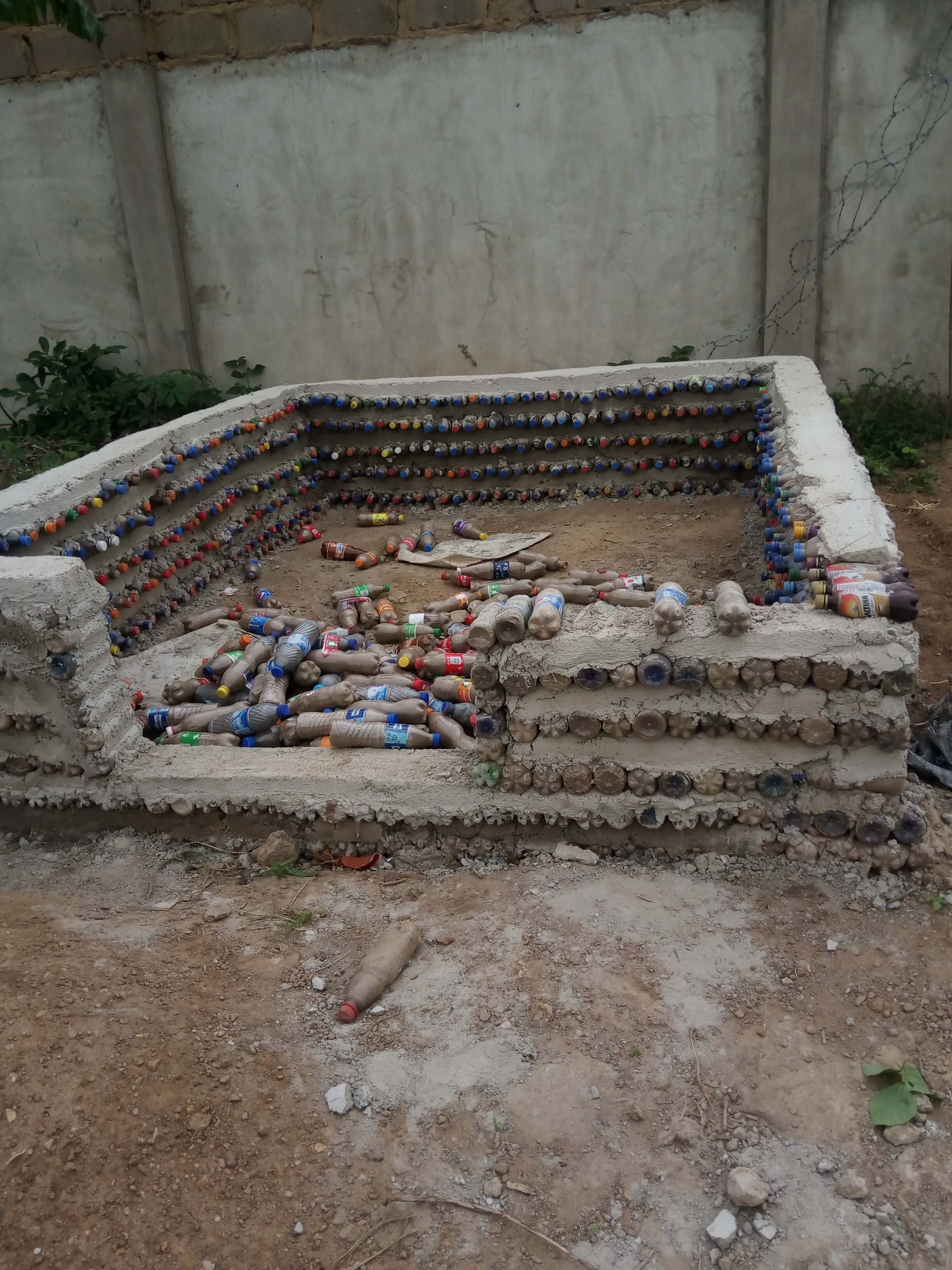 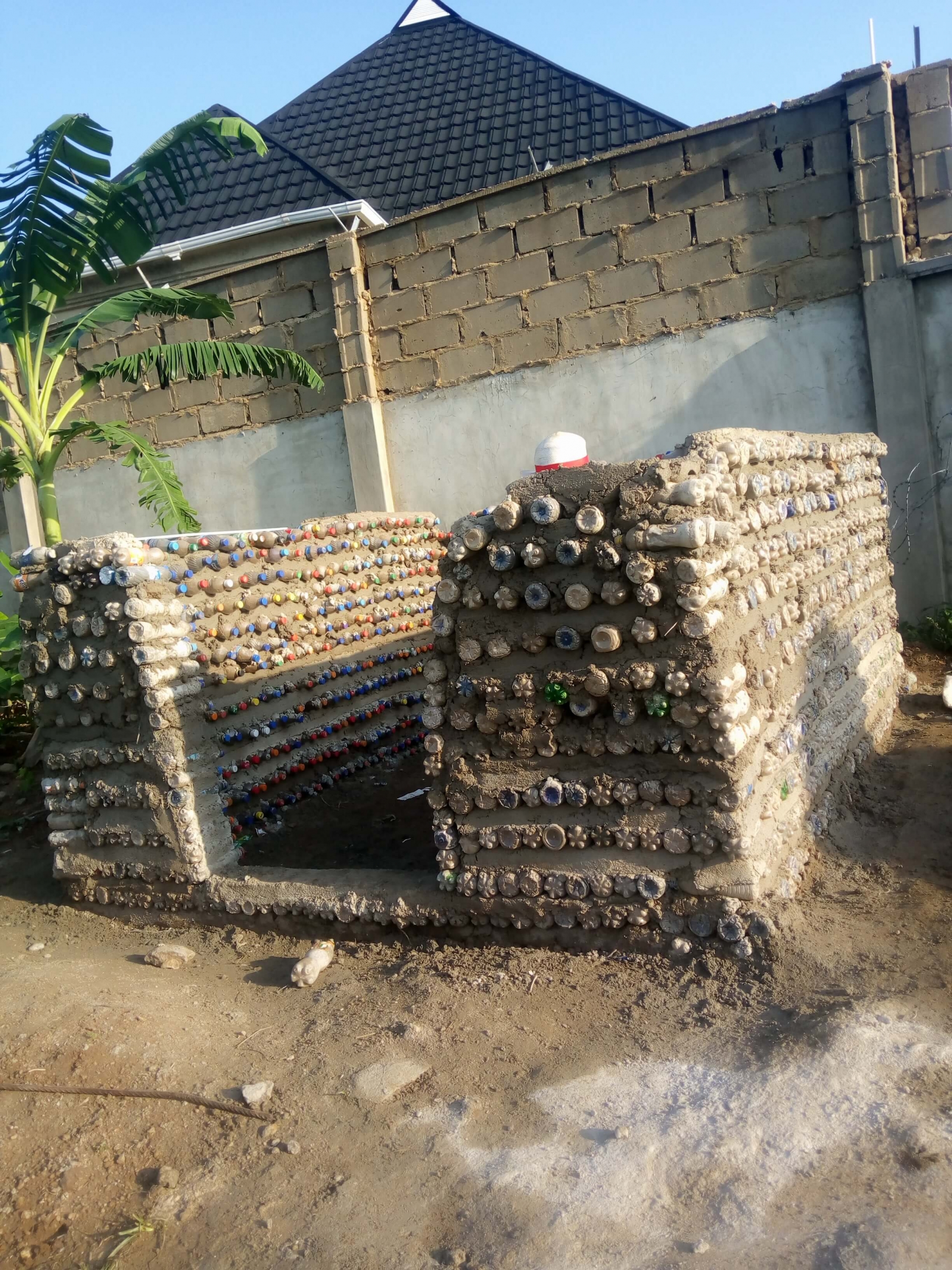 Education of the public and our colleagues

We invited and educated some members of our community to our project site, we talked to them about the impact of pollutants in our environment and how we can make better use of these ‘wastes’. Our project was cited as an example of benefits that can be derived from wastes. We also educated our colleagues on the need to become healthy–environmental enthusiasts and also know that nothing is indeed a ‘waste’ until we call it so. We encouraged them to practice proper and safe waste disposal.

Links to our social media posts

Fruitful vines College Team appreciates ISNAD – Africa for the priviledge to participate in an environmental protection program. The team is also sincerely grateful to North America Association for Environmental Education (NAAEE) and Wells Fargo both in the United States for financing this project.