We at Strong tower school appreciate the opportunity given to us to participate in ISNAD Africa EEP program.

Our project which is centered on growing an organic garden is motivated by the level of chemical infested foods in our community which is as a result of farms grown with the help or use of chemicals such as pesticides, herbicides etc.

Excitedly the school allocated a plot of land for the project and this was the first challenge, started off with the plot of land been polluted with all forms of non-biodegradable waste (plastics, clothes, bottles etc). The land was cleared and we were set for planting but first we needed to till which was difficult and as such we couldn’t work on it instead we employed labor to help with the tilling and after tilling even more waste came atop the land which had to be cleared. 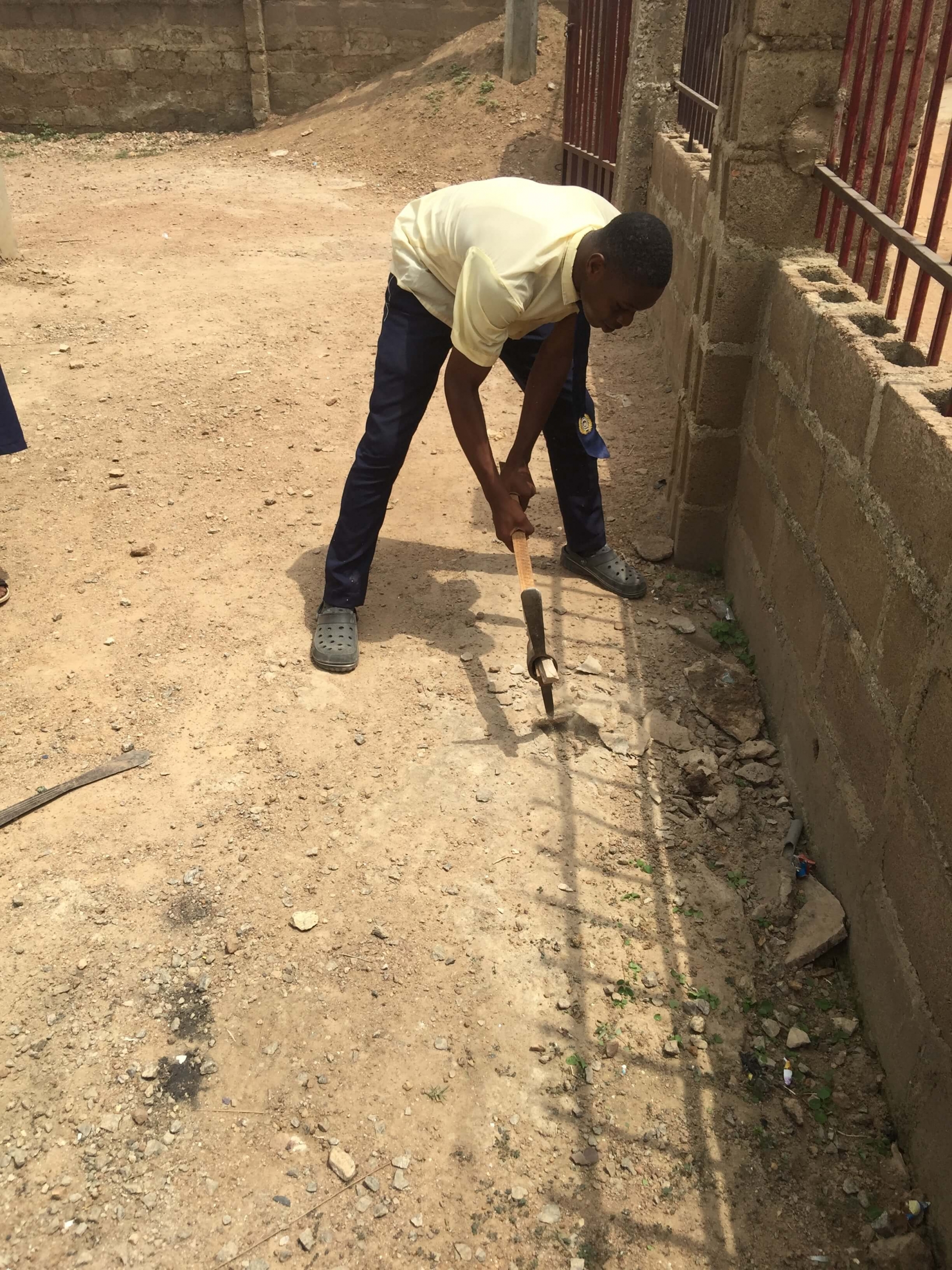 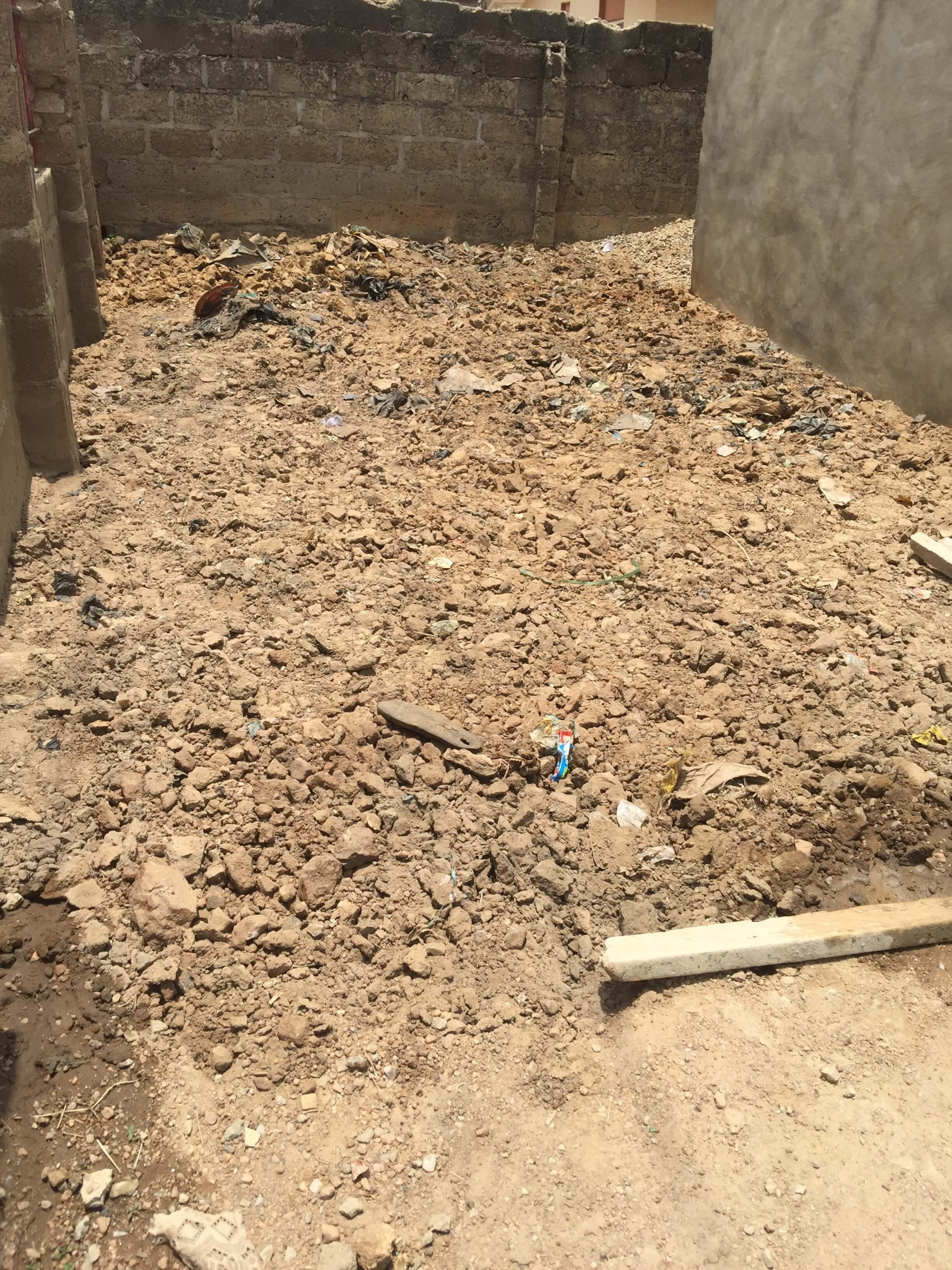 Because of the quality of the soil, we needed to get loamy soil to ameliorate the condition of the soil for planting, in order to nourish the soil more, we had to source for compost manure in the form of cow dung which we got from an abbatoir close to the institution.

Also we visited the horticulturist to select plants (flowers) to be planted, we were interested in plants which will encourage pollination and also plants that can survive harsh condition or low water. We decided on the following flowers:- 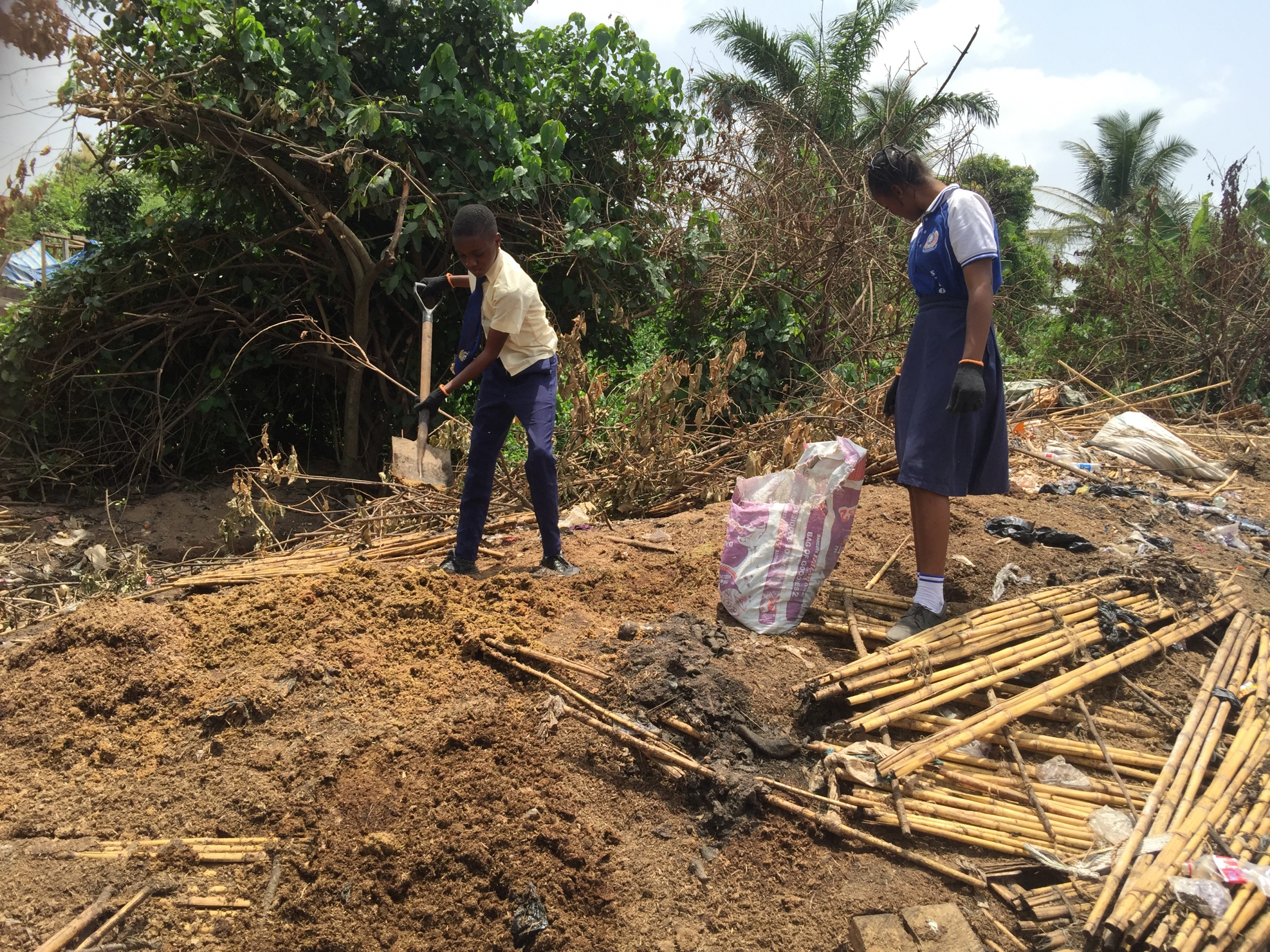 Having selected the flowers we were interested in, we went on to get the seeds of vegetables we wanted to plant namely:-

At this point, we had all we needed and thus planting commenced.

All the while we had the priveledge to converse with Professor Samuel Igbatayo, who was acting as our advisor and would always reveal more insight into the project. A wonderful addition to the project was the inclusion of a rabbit farm, which was borne out of a question asked by one of the student (Kolade Amos) in the student team. The idea of the rabbit farm was to enable continuity of the project in the sense that land is degenerative and as such need constant supply or nourishment which is where the rabbit farm comes in as the metabolic waste of rabbit gives or makes very good compost manure.

During a meeting with the advisor and Mrs Aderonke, a concern came up as to the condition of the soil in use and a need to further more revitalize the soil. The student team then decided to work on implementing pseudo water irrigation system using the half moon water conservation technique as a template and also use activated biochar on the soil.

We had a carpenter build or encamp each section of the garden in such that whatever form of substance is applied to individual section does not wash away.

And for the biochar, we dug a hole in the ground which was supposed to act as an incinerator where we burn dry pieces of wood, saw dust etc . In the process of burning, we reduce the amount of oxygen by covering back the hole with sand gradually leaving just a small opening.

Left it for a long period for complete combustion to form biochar and we removed the sand atop the hole to reveal made biochar, we remove the bio-characoal and grinded it into fine particles. We then mixed it with loamy soil and compost manure then applied on the garden.

At the end of the last presentation, Giwa Toluwalase suggested harvesting the already grown vegetables that had been planted and implement an idea they got from a team in South Africa who was propagating a plant “Spekboom”, hence, this is the next phase or line of action for the Environmental Education programme in Strong Tower College.

This experience with Isnad Africa has been quite enlightening and has expose us to so much that we never thought of, one of our discovery from the project was the team who actually made biogas and also while we were on research, the idea of planting without soil was fascinating to learn about.

Thank you once again for this opportunity.