Ngora Girls’ Environmental Club was initiated in 2018 as a wildlife club to champion the conservation of plants and wild birds in the school compound. The idea was borne after one of the coordinators was selected to attend a workshop at Elsamere Naivashia, Kenya in August 2018 which focused on themes such as role of education in promoting sustainable future; environmental analysis and cross cutting issues affecting our local environment; basic ornithology; environmental leadership and resource mobilization. 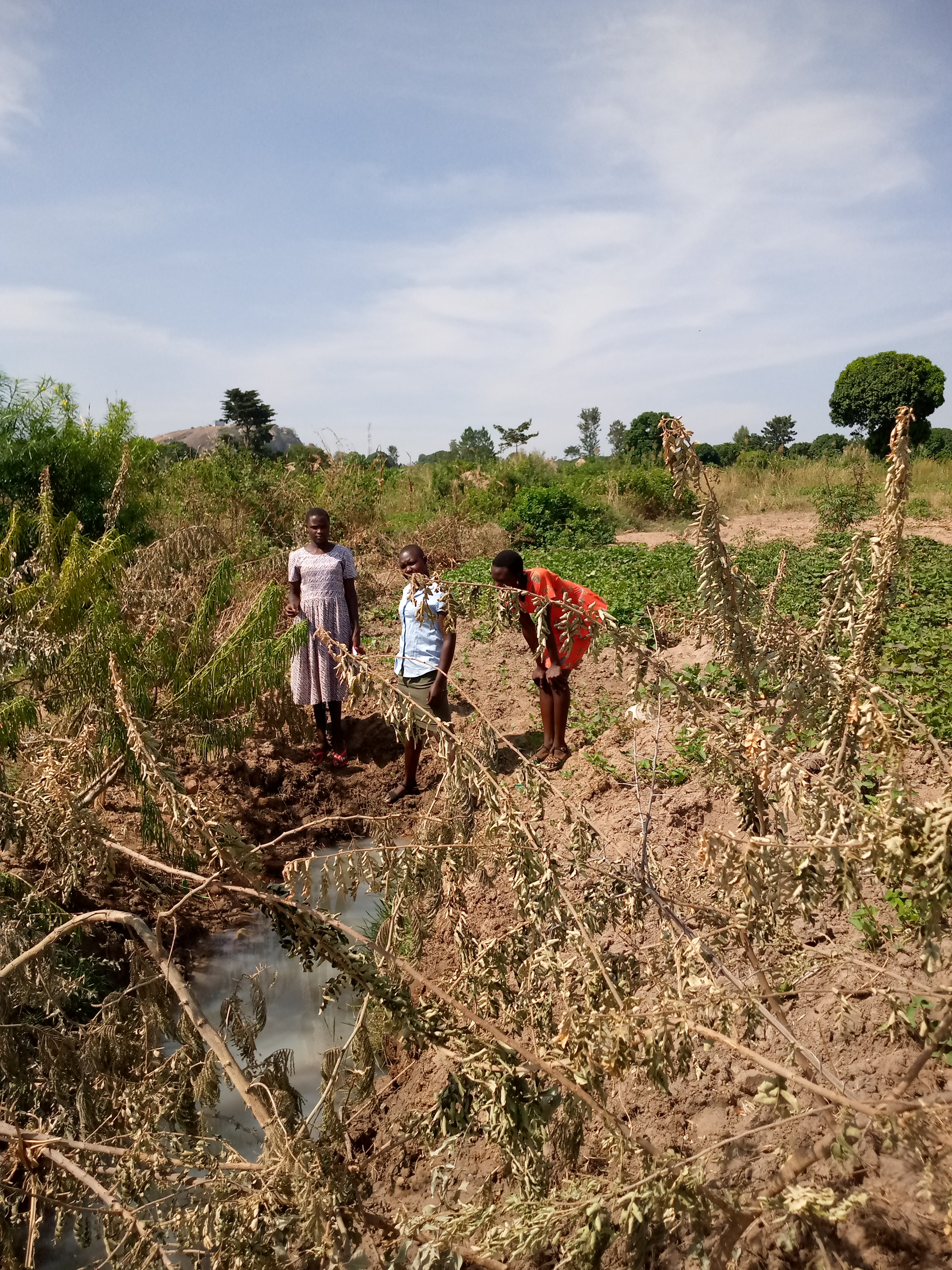 Later in 2019 the wildlife club was transformed into a science club after two other teachers were granted the opportunity to attend a training on environmental education at Elsamere Naivashia, Kenya, and the demand in the school to handle other science subjects, science quizzes in all science subjects of physics, Chemistry and Biology, in addition to conservation of plants and animals.

In 2020, the wildlife club was transformed into an environmental club. At this point the club expanded its activities to implementation of sustainable development goals (SDGs), planting of ornamental plants in the compound, creation of hygiene and sanitation awareness, health education etc. on the assembly ground and discouraging the use of polythene papers and the proper disposal of plastics. 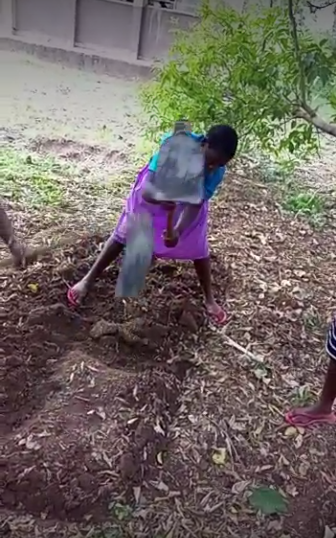 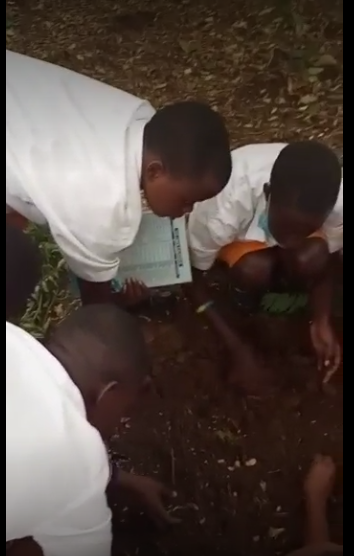 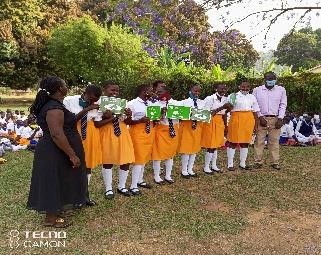 In 2021, the environmental club carried out a survey in the surrounding community of the school, given the fact that the school is located in an upcountry area which was plunged into insurgency in the late 1980s and early 1990s, majority of the surrounding population live in poverty, therefore it compelled most of the people to resort to alternative means of survival like cutting down trees for firewood, charcoal burning for sale leading to severe soil erosion, silting of water wells and changed weather and climate of the area.

When the International Network for African Development (ISNAD) released the call for application in 2021 for the Environmental Education Programme (EEP), we saw this as a golden opportunity to acquire support to improve the environment of the school and community, consequently changing the weather and climate of the area.

Objectives of the project

The project is targeted at sparking conversations among the students and the community about environmental protection, increase suitable vegetation cover around the water wells, cleaning up the wells to remove the silt and other non-biodegradable materials like polythene papers and plastic bottles. This project in the long run will contribute to the protection of biodiversity hence, the conservation of organisms in water like earthworms, amoeba, leeches, water beetles etc., provision of safe and clean alternative source of water for the  people in the community, and also improved vegetation cover leading to a conducive weather and climate of the area.

This project is being implemented through discussions, practical work like planting of paspalum, shrubs, fruit trees, removal of silt, setting of seed nurseries, demonstrations like transplanting of seedlings, questions, and answers etc.

After the submission of the work plan, the project was initiated by conducting sensitization sessions within the school to target the rest of the non-members (258) and staff members (20). This mainly focused on deforestation and waste materials (biodegradable and non-biodegradable). These sessions were more exciting to students and staff because it enabled the club members to lobby for separate dustbins, where biodegradable materials are disposed into their separate pit to decompose for use in the school garden, and non-biodegradable materials are disposed in the right places. Other containers like waste jerricans are now used as dust bins for biodegradable wastes. These sessions yielded great results and this will promote conservation of the environment since the students are from diverse localities. 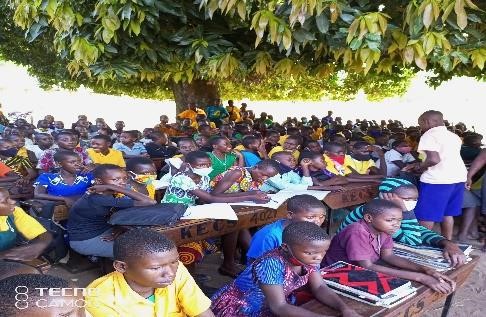 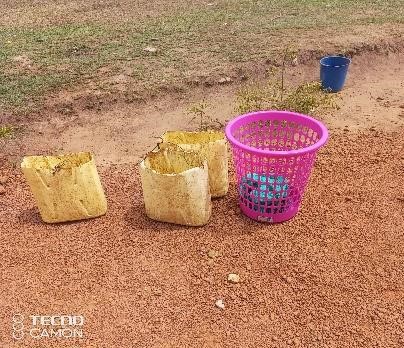 The project sensitization sessions were extended to nearby primary school pupils where at least one hundred fifty-five (155) pupils and four (4) teachers attended the event. The club members handled the causes of global warming like cutting down of trees, exhaust fumes from transport means, manufacturing plants effluents, food production fumes, beef consumption since cattle produces methane gas which is one of the greenhouse gases etc. Also, consequences of global warming were highlighted, like poverty, displacement, hotter temperatures,  more severe storms, happening in recent times in this area and the possible remedies to avert the problem, such as  planting of trees that utilize carbon dioxide and minimizing its effect on the ozone layer, creation of more sustainable transportation habits such as use solar and electric automobiles, eating less beef, educating the girl-child because in most parts of Africa and in most communities of Uganda.  Generally, the session advocated for a healthy planet and sustainable behaviours. It was vital to impart this knowledge to the pupils since they are the future generation.

This outreach also involved holding sensitization meetings with the community since the club members had gathered a lot of information about community impacts on the environment, that had adversely degraded the environment such as cleared land boundaries and vegetation leaving the land bare causing increased runoff, consequently silting of the water wells; trees are greatly cut down for firewood, charcoal, and for house construction; animals grazing near swamp wells for community. The water wells were contaminated with polythene papers and plastic bottles. Worse still, farmers cultivated the land up to water wells accelerating surface runoffs and silting of the water wells. The area generally has yet very few trees planted on the land boundaries and home compounds which would litter the ground, decompose, and add organic matter to the soil, improving soil fertility and productivity. The tree roots would provide a more binding force for soil particles. Moreso, these trees act as windbreaks and absorb much of the carbon dioxide therefore lessening the depletion of the ozone layer and reducing global warming.

The above information was acknowledged by the community members as true and promised to work closely with the project to conserve the environment.

The implementation of the project now has a bright future with support from ISNAD’s Environmental Education programme, the club members, staff, and community. The community has now midway gained a lot of knowledge, skills, and values for the improvement of the conservation of the environment, especially the conservation of the water wells. We really appreciate the efforts of Ms Juwonlo and our Advisor, Ms Sara Windjue for their patience and guidance on the project.

The second phase of our project would entail more of planting. Stay tuned!