Africa4Nature Health Initiative (A4NHI) was implemented in partnership with the World Wide Fund for Nature (WWF) in response to COVID-19. The initiative was initiated based on the linkages of the emergence of COVID-19 among other zoonotic diseases (such as Ebola and Lassa Fever) with uncalibrated interaction of humanity and nature. The initiative carried out a research on the nexus between COVID-19, Nature and Human Livelihood and came up with a report, “New Deal for Nature: Lessons from COVID-19”. Based on the outcome of the study, the initiative advocated for a new deal with nature that is aimed towards increasing the commitment to nature conservation and the protection of biodiversity (Phase I). 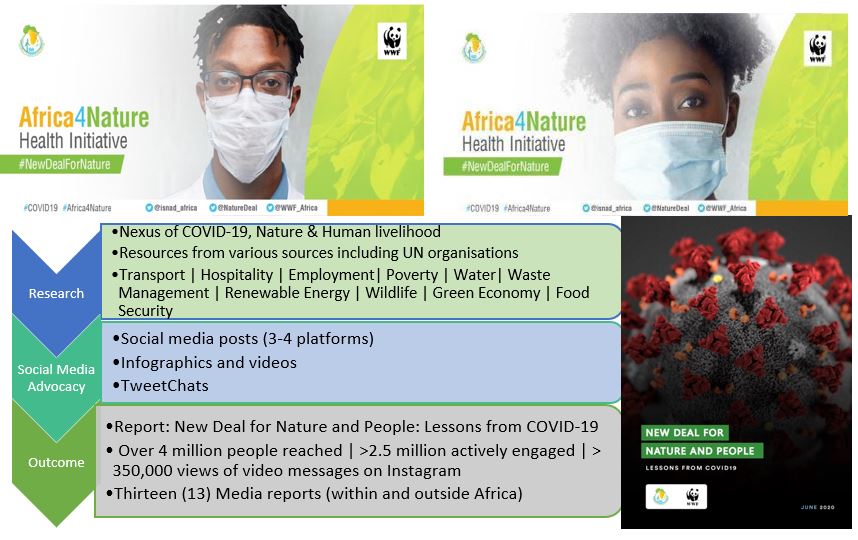 In line with the call by the United Nations on governments to build back better by developing a just and green post–COVID-19 economic recovery, the second phase of the initiative (Phase II) builds on its first phase. The initiative: 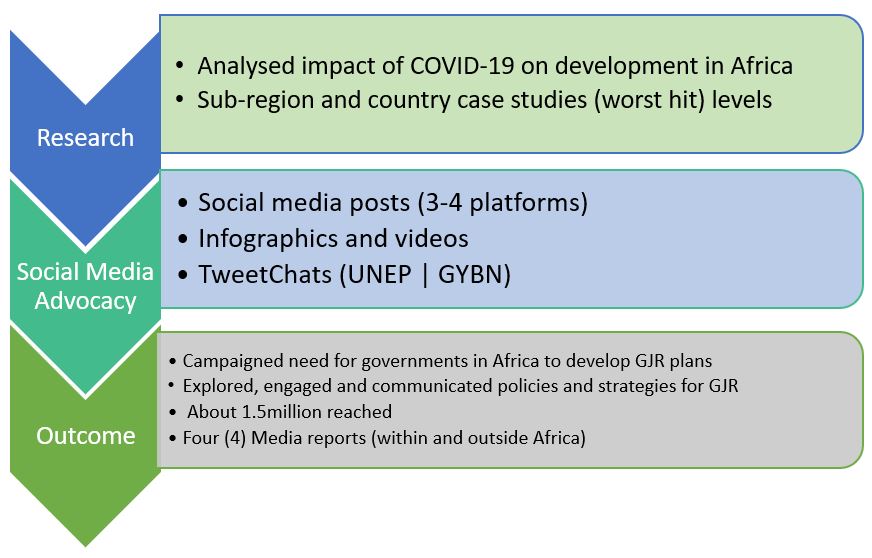 However, realizing that the responses and recovery plans of many African countries focused on economic dimension of development with packages offered as “economic stimulus”. This follows a similar trend as other nations of the world as depicted in the figure below. 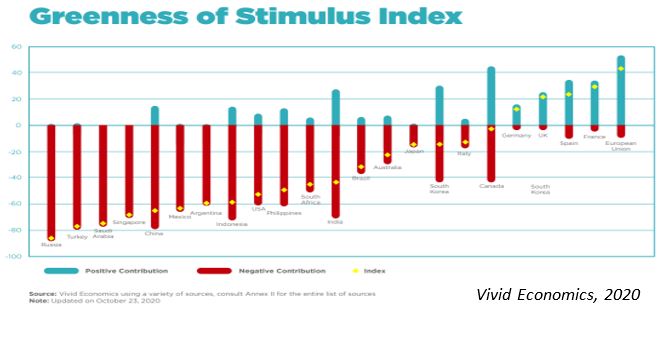 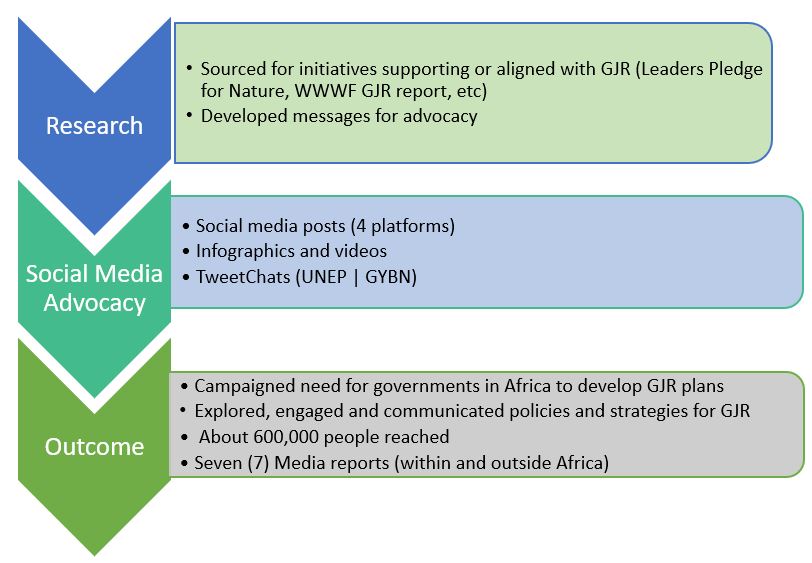 Through research and engagements via TweetChats with high-level stakeholders, the initiative proffered diverse policy recommendations which have been featured in twenty-four media reports by leading newspapers within and outside Africa. Some of the stakeholders engaged via TweetChats include:

The  campaign, which was implemented for 19-weeks,   reached about 6,200,000 people across African countries via social media and was reported in twenty-four (24) news stories in leading newspapers within and outside Africa which projected the impact of the initiative on practice and policy.

See details about each of the phases of the initiative, the outcomes including links to their respective media reports: