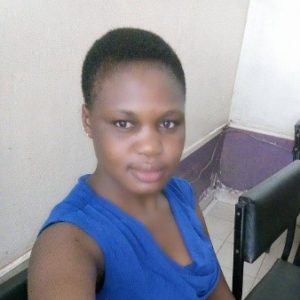 My name is Isen Nekesa, a student at Nzoia Nursing College. “Many cultures around, believe that, if a snake touches your used sanitary pad, you’ll never get pregnant. Don’t touch pickles during your cycle; they’ll go bad. Don’t cook. Don’t enter your father’s room. Use a rug given to you especially for these days. If you don’t get your period, you’ll die”.

Isen has heard every myth about menstruation. She is grateful to the project that is helping to try to stamp them out through mentorship and training. “I appreciate ISNAD–Africa and Lenana Girls High School for giving us the opportunity to bring the idea into life”. 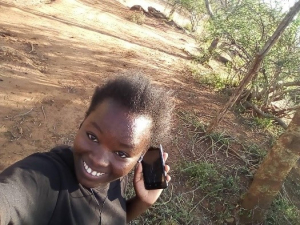 In eastern Kenya young women have very little knowledge about periods and there are many cultural misconceptions, like a belief that blood is bad and that if a dog finds a girl’s sanitary towel the girl will become barren. Some believe women should not cook or go into the town or city center while menstruating. There are poor bathroom facilities and many resort to unhygienic methods to manage their monthly cycle. Equipped with knowledge and skill from Lenana Girls High school, Evelyn Twili wishes to change this by going into the villages with other girls to produce sanitary pads in the most cost effective and environmentally friendly way. They also talk to boys and teachers about how they can support girls. Previously periods have been called ‘taboo’, but with the NALENA pad project it is becoming popular that menstruation is natural and important for childbirth. She is now looking to engage the wider community by running workshops for older people. 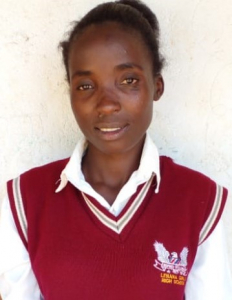 Elizabeth Nekesa hails from Mbai village, a rural village near the town of Kitale. She is a student at Lenana Girls High school and a member of the EEP project. She is grateful for the opportunity to participate in the project.

When Nekesa got her first period, she didn’t know what was happening. “I thought I had been stabbed” she says, adding that when she found blood on her clothes, she was ashamed and afraid to go to school for fear of everyone laughing at her. This not uncommon in rural Kenya where menstruation is a taboo and not usually discussed. Fortunately for Nekesa, her Aunty Madam Tabitha, was understanding: “When Nekesa saw that she was bleeding, I told her that she did not have to worry and that it happened to every woman,” says Aunty Tabatha.   The reality for girls like Nekesa living in rural Kenya is that poverty often prevents them from purchasing sanitary pads and other items like new underwear.   “My parents have to sell a lot of maize to buy a month’s worth of sanitary towels, but if there is not enough money, I have to use rags,” she says.  Through Lenana Girls High school’s work to improve access to pads in villages, Nekesa is taking the lead and helping other girls in schools learn about menstrual health and gifting them with our eco-friendly and cost-effective pads. 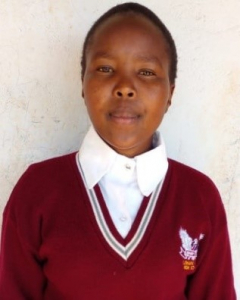 When Everline Cherop, got her first period, she had no idea what it was and was afraid of seeing the blood.” I didn’t know how to use a pad so I used a scarf instead so others would not notice. I skipped school. My family didn’t notice anything.” At the time, Cherop’s community didn’t have access to clean water or toilets which meant that many girls stayed home from school every time they had their periods.

“I was ashamed every time I had my period,” she says. “We had to go to the forest. I was afraid of snakes and of meeting other people.” Thanks to ISNAD-Africa and my schools for spearheading the process of helping girls and women access pads. My friends and I now go to school every time we have our periods.” 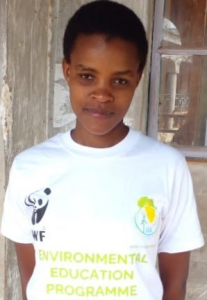 “You are now a woman. If you talk to a boy when you are menstruating, you will get pregnant. This is what my grandmother told me when I had my first period and her words traumatized me,” says Roseburg Gesare.

To date she still hear her grandmother’s words and uses them as inspiration to help dispel the misconceptions about menstruation in her community. As one of the project participants she educates and spreads awareness about menstrual health to other girls in schools.

“I decided to break the taboo. I started with my friends because I used to see them suffer during their period, either because of the pain or because of the humiliation they experienced if they stained their clothing. Many of them did not use to come to school when they had their period,” says Gesare. 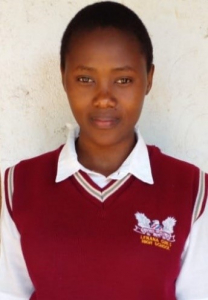 “I have seen many girls with only one pair of pants, so if they have heavy menstruation and bleed through their clothes, they are forced to wash and put them on wet again,” says Milka. Besides providing pads, she hopes to find a way to help girls access more pants, keep them nice and dry. We are grateful to ISNAD- Africa for support.  RACHAEL 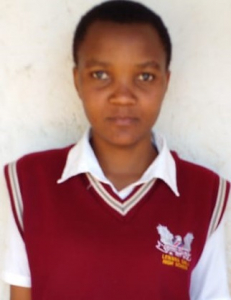 We have Menstrual Hygiene Days in school monthly and we ask friends to support and to join us as we tackle period stigma by getting educated and talking openly about periods.

“Through this day we have been raising some funds to get more pads out to women and girls in villages and schools”, say Rachael.   REBECCA KETERO 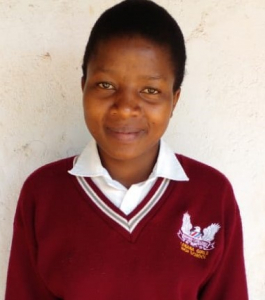 In the wake of the global health and economic crisis in the country, we at Lenana Girls High School are tirelessly working in communities around the region to distribute thousands of hygiene and menstruation pads to adolescent girls and women. “We are thankful for the support from ISNAD-Africa”. Says Rebecca Ketero.