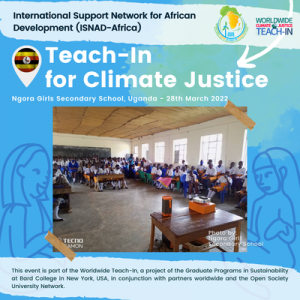 During the first session, we asked the students what they learnt from the video shown and they said learnt that industries produce toxic fumes that pollute the atmosphere and cause lung cancer. Some said global warming causes severe storms and prolonged drought. 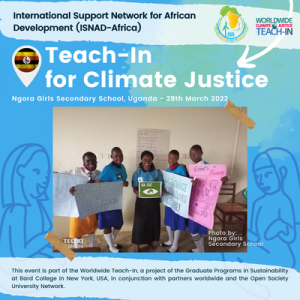 For the second session, the students of group A were asked to say what comes to their minsd whenever they hear about “climate change”. The answers given were; prolonged drought, global warming, poverty, no rainfall, floods and famine. We also asked what they wanted to know more about and the students showed interest in global warming, greenhouse effect, ozone layer etc. 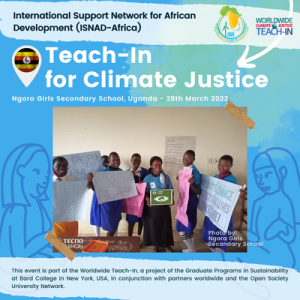 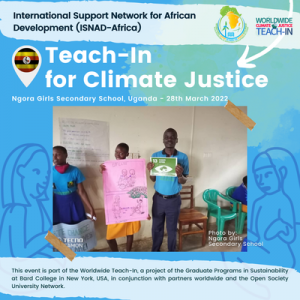 The students of group B were also asked to relate the sub-topics under climate change. Storytelling and climate communication, environmental education and advocacy, protecting forests for absorption of carbon dioxide, minimizing global warming and the release oxygen for use by all other living organisms, urban agriculture were some of the answers given by the students.

They said God created the earth and put man in it, therefore, man was to conserve the earth’s resources for life but instead man has depleted the resources and this requires man to repent by adopting conservation measures. 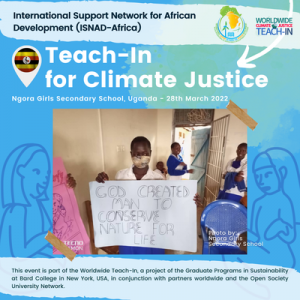 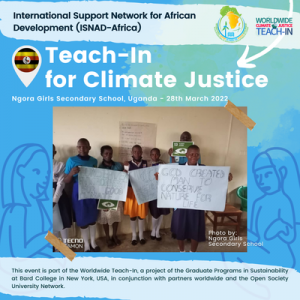